After starting off the season with a tough win on the road at No. 12-ranked Big Ten opponent Wisconsin; James Franklin and his Nittany Lions were ecstatic and full of emotion. Emotion not only for the win for his team’s big win, but for fans to be back in the stands and to put a disappointing season behind him.

But by the time Franklin made it to the podium in his weekly press conference, it was back to business as usual.

His team was 1-0 this week, but that doesn’t guarantee anything about the week ahead. Franklin and the Nittany Lion’s haven’t changed that goal for week two. This week, again, the goal is to go 1-0.  Week by week, game by game. Franklin was sure not to overlook his Week 2 opponent, Ball State.

For Franklin, this messaging isn’t a new approach. When asked about his new weekly “1-0” tweet and his thoughts on trap games, Franklin broke it down into a belief in routine and process. That teams can at times play “inconsistent because they either look forward, look back, get caught up in praise, get caught up in criticism, don’t have the correct amount of respect for the opponent or the process.”  For Franklin, it is about treating every team with the same level of respect week to week.

Franklin was quick to show respect for what Coach Mike Neu has been able to do at Ball State. He went out of his way to emphasize talking about 21 starters returning to Ball State, including 16 super seniors, from a MAC championship team.

“Most importantly for our players, our program, and our fans, but also to try to eliminate some of the billboard material or what other people may misinterpret. The reality is if you want to find a reason to be angry and mad, people are going to find it no matter what you do or say.”

It’s clear that to Franklin, consistency is key. Never getting too high or too low or looking down the schedule. Just taking things one week at a time and focussing on the things they can improve on internally; while eliminating as many external distractions or things outside of their own control as much as possible. Ball State is the opponent this week and Ball State is the focus. 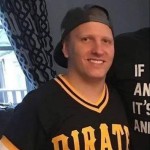 1 Four-star cornerback Breaden Marshall will no longer be making an official visit to Penn State on June 17-19 and instead will visit Pitt...

1 Jahan Dotson’s hands. Chris Godwin’s physicality. K.J. Hamler’s speed. There are Penn State fans who would give up their houses for a receiver...

1 Dee Crayton, a 6-foot-2, 215-pound backer from Denmark High School in Alpharetta, Georgia, has narrowed his list of schools down to eight, and...