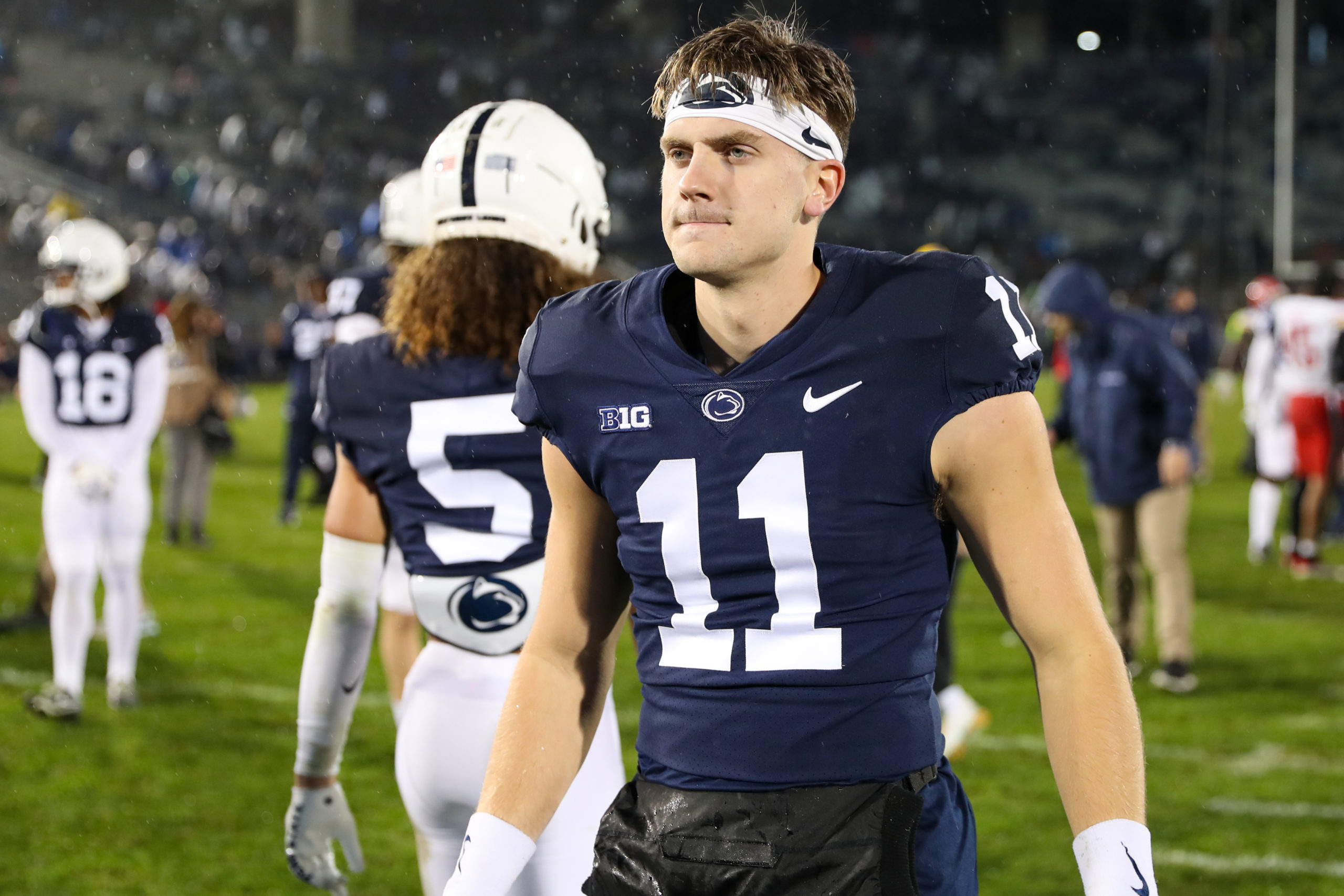 Being at Penn State has been nothing but a blessing. I want to thank my teammates, coaches, and staff for memories that I’ll cherish forever. I will be entering my name in the transfer portal with 3 years of eligibility. pic.twitter.com/7uE4hdKlW5

This doesn’t come as a shock.

Drew Allar is the obvious favorite to start at QB for Penn State next season, and Veilleux wants to be a starter somewhere.

Veilluex never started a game in his two seasons at Penn State, but played a big role in the team’s 28-0 win over Rutgers last season. With many players, including starter Sean Clifford, sick, the Canadian came on in relief of Clifford after the first quarter and sparked Penn State, throwing for three touchdowns, no interceptions and going 16-26 to lead Penn State to a win.

Many expected Veilleux, who was Penn State’s No. 2 QB last year, to keep that position in 2022. But coach James Franklin announced days before the team’s season-opener at Purdue that Allar, the true freshman, would be Clifford’s backup. Veilluex saw some action for Penn State this season, but not much. He appeared in garbage time in lopsided wins over Ohio (49-10), Auburn (41-12) and Maryland (30-0). He looked good against Ohio, going 6-7 for 37 yards, but only threw two passes combined in the other two games, going 1-2 with seven yards. During the season, Franklin talked about Veilleux during a weekly press conference and said he wanted Veilleux to stay at Penn State.

Veilleux is the first Penn State player to enter the transfer portal in this cycle.

Going off the current depth chart, Beau Pribula would be Penn State’s backup going into next season. The team also has Jaxon Smolik coming in from the class of 2023. For Penn State’s bowl game, Allar will likely stay at QB2 and Pribula would go up to No. 3.