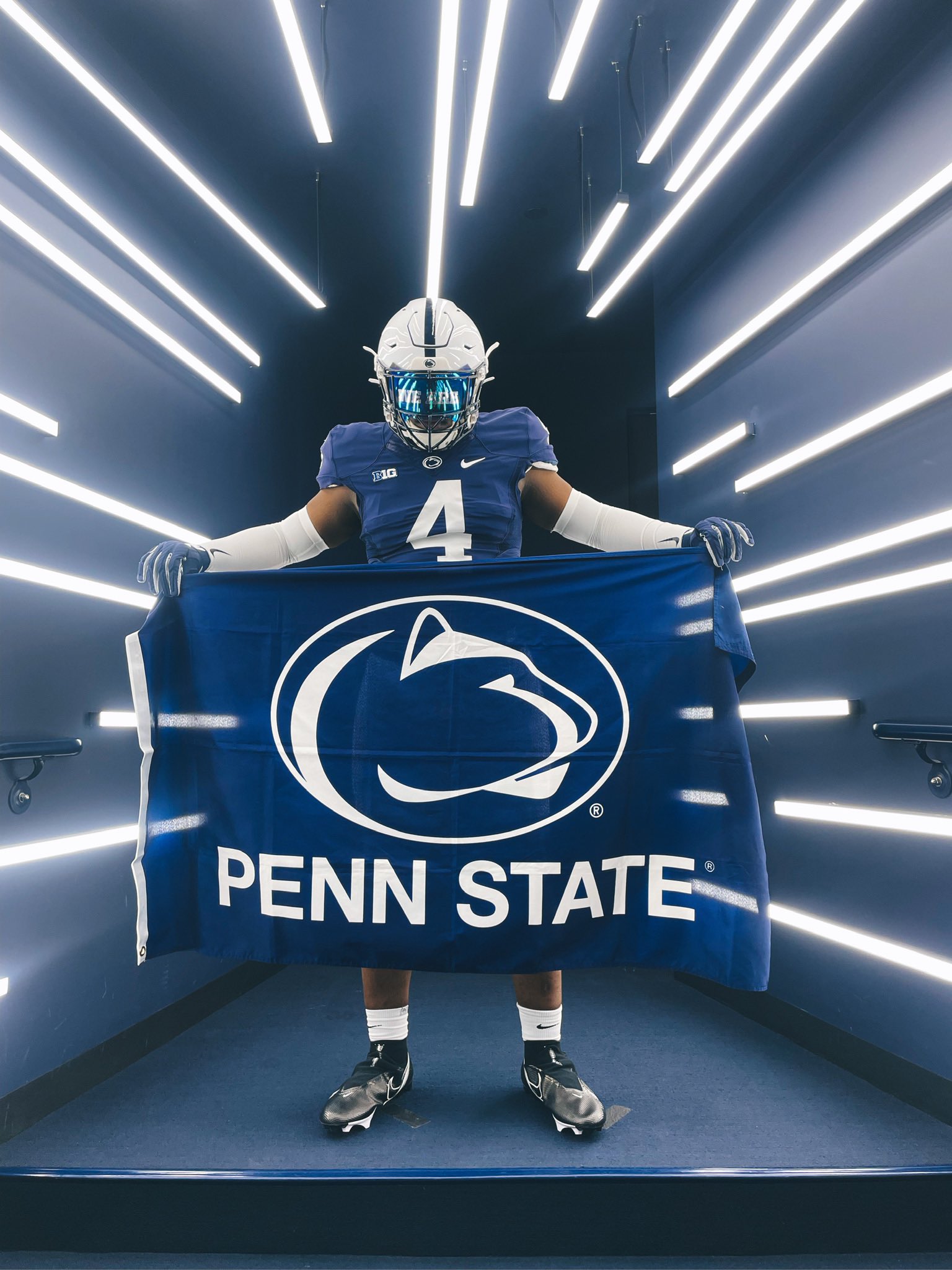 Braydon Lee, Class of 2024 cornerback out of Upper Marlboro, Maryland, has narrowed his school choice down to ten, and Penn State has made the list.

The 6-foot-1, 165-pound athlete plays for Charles Herbert Flowers High School and is the number four player in Maryland, the number ten cornerback, and the No. 114 ranked player in his class, according to 247Sports Composite Rankings.

Scouts like Lee as a prospect because he always plays under control, even at a fast-paced, high-pressure position such as cornerback. He may look like he is playing recklessly to the naked eye, but when you scout Lee, you see that he has technique and body control. Scouts like that he plays bigger and more physical than his 165-pound frame and can hold his own with receivers on jump balls.

He is not afraid to stick his head in the run game and tackle ball carriers which is paramount playing in the Big Ten.

In an interview with Brian Dohn of 247Sports, he spoke about how he has been intrigued by Penn State for a long time with influences in his life going to the school, and when he experienced the “White Out” game he knew Penn State made his final list.

“I’ve known players on the team since I was a child so that connection makes it feel like home, and I will never forget the “White Out” game I went to as a kid. Truly something everyone should go to at least once in their life.”

Penn State would like to add to its 2024 recruiting class which only has 2024 offensive tackle Cooper Cousins from McDowell High School in Erie, Pennsylvania.