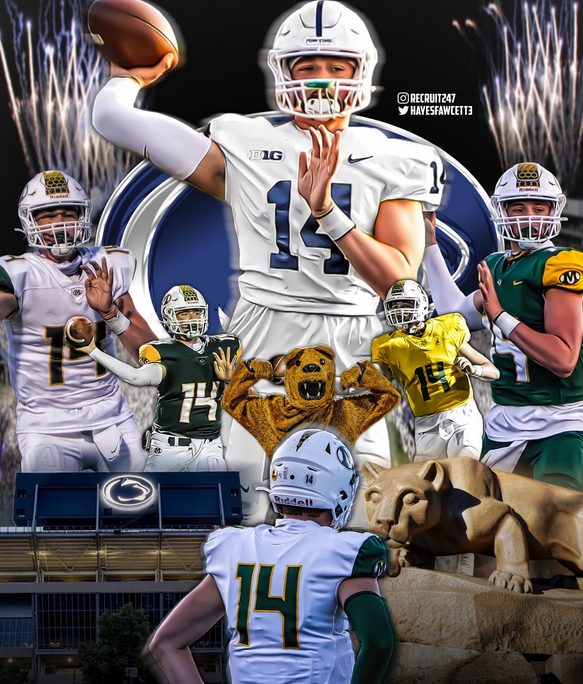 All 105 is a Nittany Sorts Now Series profiling each Penn State football player. In this edition, we will be profiling true freshman quarterback, Drew Allar.

Before Penn State: Allar begins his college career as possibly one of the more hyped recruits in Penn State history.

A five-star quarterback, Allar went from a solid recruit to one who many see as a “can’t miss” prospect in his senior year.

Allar’s 2021 numbers are ridiculous; 4,444 yards, 48 touchdowns and a 60-percent completion rate, leading Medina to a 13-1 record and berth in the state quarterfinals.

Allar committed to Penn State before his great senior season, and by the time he signed, any Penn State fan with any interest in recruiting knew his name. 247Sports’ site rankings had Allar as a five-star recruit, the No. 1 quarterback in the country and the No. 3 overall player from the class of 2022.

Where he stands: Some fans want to see Allar running the show as soon as possible. Well, that’s probably not going to happen.

Barring any health issues, Sean Clifford will be the starting quarterback in Week 1, and Christian Veilleux will back him up. As promising as Allar is, he, like all true freshmen– especially freshman quarterbacks– is raw with plenty of room to develop, and for that reason, it’s probably a better bet that he’ll redshirt his first year than become the starting QB.

A quote about Allar:

“Shows anticipatory feel for the position. Strong production as a junior improved to outstanding during senior season. Only seven interceptions in 514 throws (one in 73.4 attempts) in 2021. May need time to adjust to speed of the game and processing rate at the next level.

Most naturally talented thrower in the 2022 quarterback class. Not tapped out by any means and possesses immense upside. Should become an impact high-major starter with NFL Draft first-round potential.”