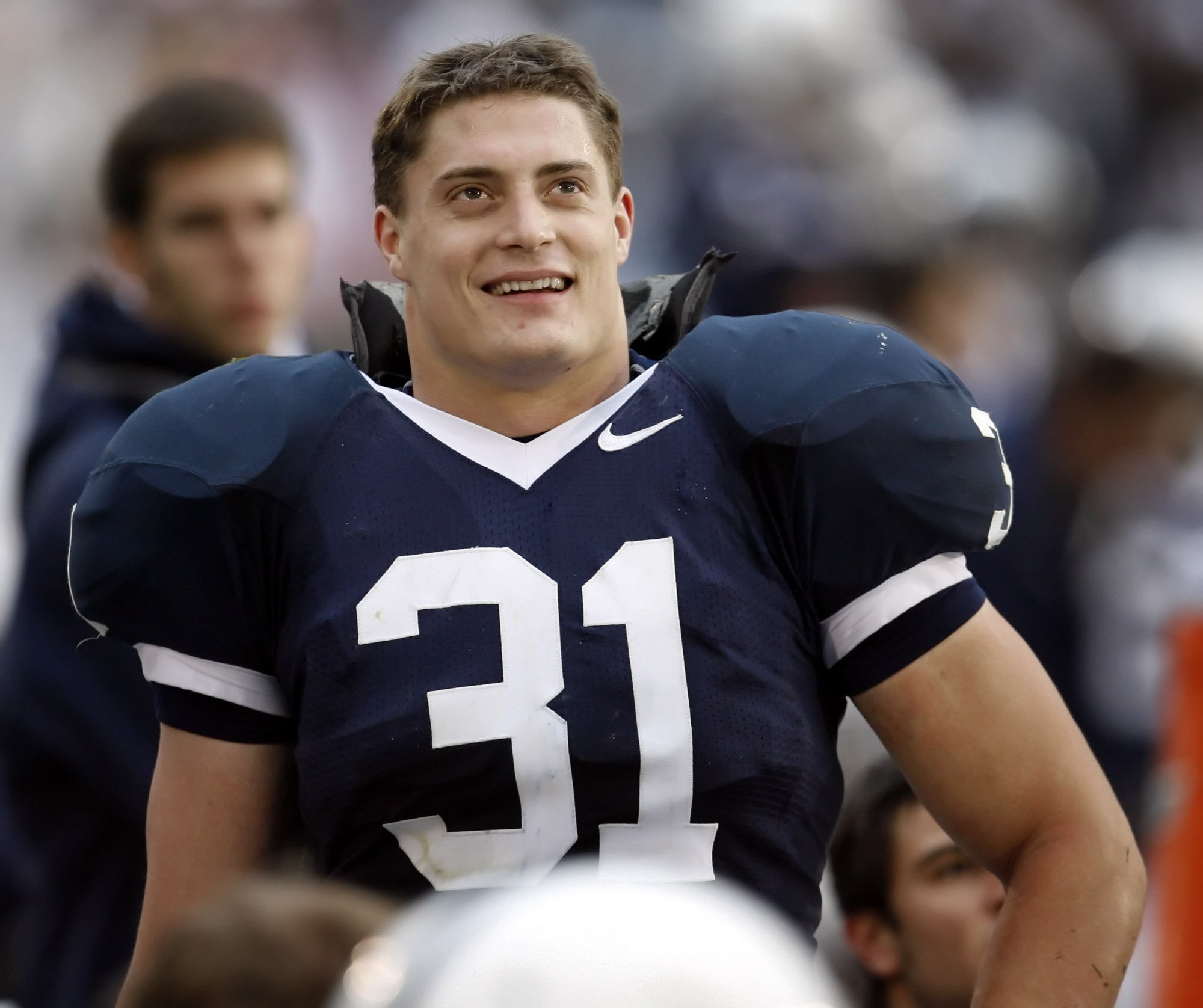 Photo by Penn State Paul Posluszny helped lead the resurgence of PSU football in the mid-2000s.

A trio of Penn State football greats are candidates for induction into the College Football Hall of Fame class of 2023.

Running backs D.J. Dozier and Ki-Jana Carter, as well as linebacker Paul Posluszny, are three of the 80 candidates for this years class.

Both Dozier and Carter were featured backs on undefeated Penn State teams.

Dozier helped lead Penn State to its second and most recent national championship in 1986, scoring the winning touchdown in the team’s 14-10 Fiesta Bowl upset over top-ranked Miami that’s arguably the most famous game in Penn State history.

Dozier, a four-year starter at Penn State, ended his career second to Curt Warner on the school’s all time rushing list and is currently seventh more than 35 years after playing his last college game.

After that, he briefly but impressively played Major League Baseball with the New York Mets, appearing in 25 games during the 1992 season.

Carter was perhaps the central figure in what’s widely regarded as the best offense and Penn State history and one of the best in college football history.

With the national championships still being decided by voting and the BCS not yet implemented, Penn State, ranked second, went to the Rose Bowl as the Big Ten champion always does and didn’t get to play No. 1 Nebraska.

After both teams won their bowl games, Nebraska, which ended the regular season ranked first, won the national title.

Carter had high hopes for his NFL career, going first overall to the Cincinnati Bengals in 1995. But the injury-plagued Carter only made 14 starts over seven seasons, the last of which coming in 1997, his second year.

Posluszny, the most recent Penn State candidate, played at the school from 2003-06.

Although he didn’t play on an undefeated team like Dozier and Carter did, Posluzsny played a large role in one of the most memorable seasons in Penn State history, helping Penn State go 11-1 in 2005 and finish No. 3 in the nation.