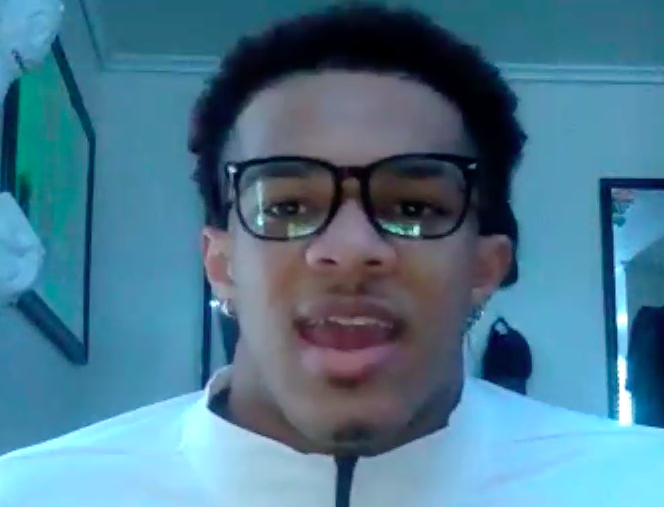 Brandon Smith came to Penn State as an elite five-star recruit, and he didn’t waste much time earning his way onto the field.

Smith played in all 13 games as a true freshman last season. He finished with 14 tackles (8 solo) and had two tackles for loss.

This season, Smith should be in line to make a big impact as a starting linebacker.

“For me, it’s just another opportunity to introduce myself to college football and actually be a key performer in our defense,” Smith said last week during media days.

Smith, a 6-foot-3, 237-pounder from Virginia, will have to make more plays — along with other linebackers — now that Micah Parsons has departed for the NFL.

“At the beginning of the year last year, I wasn’t as knowledgeable about the playbook as I am now. And just being out on the field and continue to get a bunch of reps and taking my time talking with the coaches and working on my fundamentals with film study and on-the-field stuff, I feel more confident in my game and me being able to help the team in any way I can.”

Smith’s parents both tested positive and had to battle COVID over the summer.

“For me, I wasn’t able to go out and continue to work out because, for one, I just didn’t want to be a risk to anyone else,” Smith said. “I didn’t know if I was asymptomatic of it or whatever. So for me, I was just keeping myself mentally prepared for whatever and continuing to stay sane over that time I was stuck in the house.”

He watched a lot of game film during that time to find areas to improve and “take mental notes.”

Find out a lot more about Smith in his full interview.

In this article:Brandon Smith, featured

Brandon Smith Selected By Carolina Panthers In The 2022 NFL Draft

0 Brandon Smith has been selected in the 4th round, 120th overall by the Carlina Panther in the 2022 NFL draft. He is the...

1 Penn State’s Pro Day drew representatives from all 32 NFL teams on Thursday as a dozen former Nittany Lions showcased their skills to...