John Petrishen is not expected to play in Saturday’s Pitt-Penn State Game, but that doesn’t mean he’s not going to have an impact.

Petrishen is a redshirt senior safety that joined the Pitt football program as a graduate transfer from Penn State this August. Petrishen spent four years on the Nittany Lions football team, but
Petrishen is a Pittsburgh kid who grew up in Lower Burrell and went to Pittsburgh Central Catholic.

He played in 16 games for Penn State from 2015-18, with a role on the special team’s unit and at backup safety. During those four years, Petrishen gained an exceptional amount of knowledge of James Franklin’s playbook and signals for those plays.

When Petrishen transferred to Pitt this summer and with the Panthers and the Nittany Lions having a Week 3 meeting, Franklin knew right away what he was going to do.

“We knew that we were going to have to make some changes, at that point,” Franklin said on Tuesday. “We have changed, and we didn’t wait until this week to do it … We did it right when that was announced.”

Petrishen probably still has some tidbits on how Penn State goes about certain things within their game plan, but Franklin has eliminated as much of that advantage as possible for Saturday’s game.

Of course, it seemingly wouldn’t be a game between Pitt and Penn State without some kind of field-adjacent drama. After Pitt upset the Lions in 2016, Franklin accused the Panthers of mimicking Penn State’s snap cadence by clapping on defense.

Sign-up for email updates and get the whole story first from Cory Giger and the Nittany Sports Now team, delivered straight to your inbox. 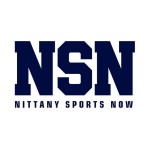 PSU pick: Lions will get by Hoosiers in tough game

0 There are a lot of quirky things about this Penn State season opener: **It’s on the road, which rarely happens for the Nittany...

0 Welcome to the inaugural episode of our Friday Football Showcase! Cory Giger and Jason Dambach will be on each Friday talking Penn State,...

What would constitute a successful season for PSU football?

0 Welcome to one of the most unique things you’ll find on the Penn State football beat — our point-counterpoint columns. This weekly component,...

Cory Giger3 days ago
Send this to a friend