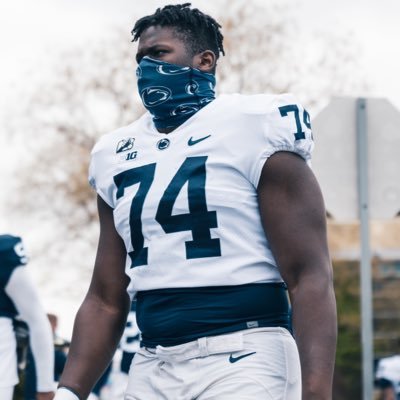 As Penn State transitions from the Sean Clifford to the Drew Allar era, it looks like he won’t have to worry about his blindside.

On Monday, Penn State offensive tackle Olu Fashanu told ESPN that he will be returning to Penn State next season forgoing the 2023 NFL Draft.

This move comes as the surprise because Fashanu was considered a was a consensus top 10 to top 15 draft pick in the 2023 NFL Draft and the top offensive lineman in most scouts’ draft boards.

The 6-foot-6, 310-pound redshirt sophomore from Gonzaga High School in Washington, DC, started in Penn State’s first eight games this season until an undisclosed injury has been out for the past four games and hopes to be available for the bowl game.

With Fashanu coming back next season, he will have Drew Shelton, who stepped in as a backup while he was injured, and Hunter Norzad who already announced that he is coming back next year as well. Penn State will have incoming four-star freshmen Alex Birchmeier, J’Ven Williams, and Anthony Donkoh, as well as underclassmen JB Nelson and Vega Ioane.

Another reason that he decided to come back to Penn State is to complete his undergraduate degree. He will be returning to a core that includes Allar, freshman running backs Kaytron Allen and Nicholas Singleton. He will be protecting Allar’s blindside when he be targeting tight ends Thoe Johnson and Tyler Warren, and wide receivers Omari Evans, Keandre Lambert-Smith, and Trey Wallace.