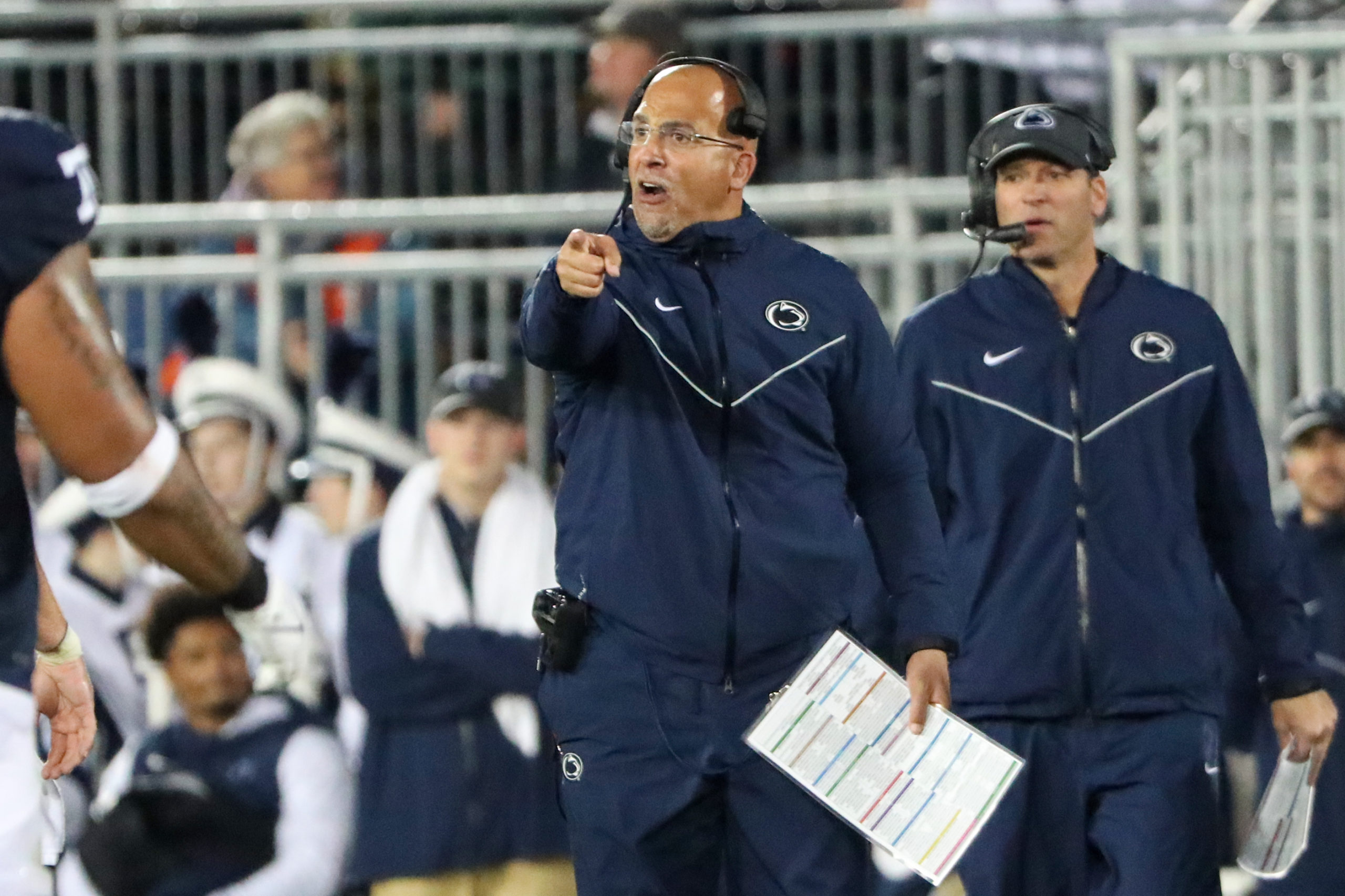 Over nearly 12 seasons as a college football head coach, James Franklin has done many things.

Franklin— who was at Vanderbilt from the 2011 season until he took the Penn State job after 2013– has won and lost games, made believers and skeptics out of fans and had many happy and angry moments.

One of those angry moments happened during Penn State’s 30-0 win over Maryland Saturday at Beaver Stadium and led to Franklin experiencing something new.

In the second quarter, with Penn State already ahead, 21-0, quarterback Sean Clifford had a chance to hit tight end Brenton Strange for a big gain.

Instead, Clifford threw the ball behind Strange, and the pass fell incomplete.

“I saw (Franklin) yelling at me,” Clifford told reporters after the game.

Clifford didn’t see what happened next in person.

Nonetheless, the refs may have thought he was mad at them and thus hit Franklin with the first unsportsmanlike conduct penalty of his head-coaching career.

“I was embarrassed by it,” Franklin told reporters in his postgame press conference.

So how did Franklin respond?

Franklin did 15 push-ups for the 15-yard penalty.

Clifford should be taking credit since a viral clip was born.

He saw them after the game, and although that specific situation was unusual, Johnson feels it indicates Franklin’s personality.

“Yeah, that’s coach for you,” Johnson said, smiling after the game.

Today was the first time James Franklin did push-ups on the sidelines in the middle of a game (that anybody knows of).

So what did Penn State’s players think of Franklin’s technique?

“I think he had pretty good form for an old man,” Johnson said.

“It’s alright,” Isaac said. “You want a little most chest tap, little more extension. But you can’t ask too much from the old guy.”

Franklin often does pushups during practice as well. For Isaac, this “shows that he’s a players coach.”

“He’s somebody you want to play for,” Isaac said. “He just brings that energy. He gives us energy, and we feed off it. That’s how we should be from the head man on down to the rest of the team.”