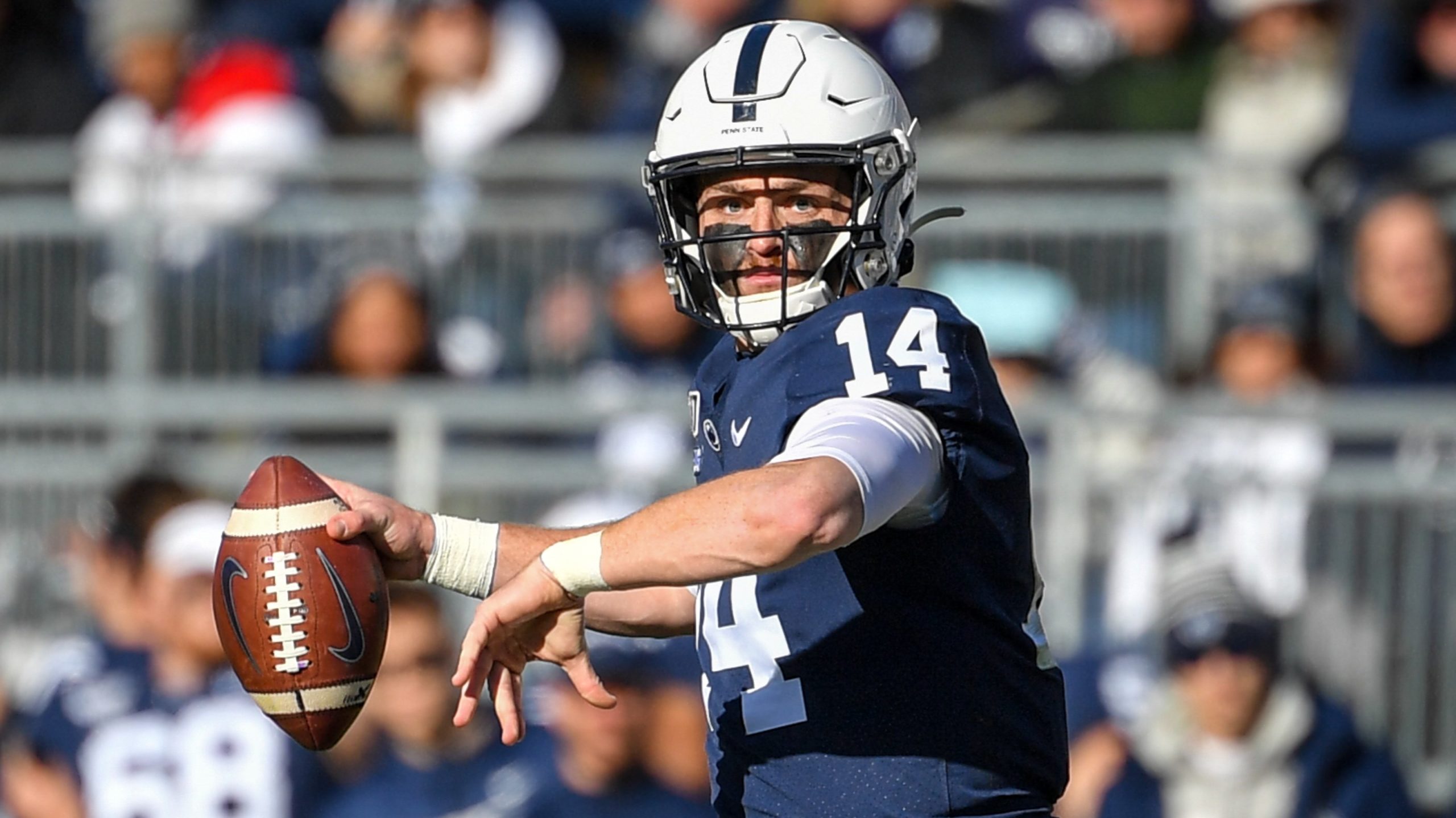 Sean Clifford will go down statistically as one of the best quarterbacks in Penn State history.

Clifford came in into the season third on the school’s all-time list in passing yards, second in touchdowns, completions and attempts and first  in completion percentage.

He’s not a bad qb, but not the best on our roster and not an elite talent (which is what it takes to win in Cfb)

He’s in his sixth year and is a four-time team captain, yet has never had that “signature” win.

Some People will say the 2019 Cotton Bowl win against Memphis is one but to me, any bowl game  not in the College Football Playoff doesn’t hold as much weight as it once did.

Clifford is 0-3 against Ohio State. He’s 2-1 combined against Michigan and Michigan State, but in 2019-20 those programs were on the downslope. Clifford has had late-game opportunities to come up clutch in both games against the Michigan teams last season but came up short.

In Clifford’s time at Penn State, there have been debacles at home— one against Maryland in 2020, another against Illinois last year.

Fox Sports color commentator Joel Klatt made this statement on the Penn State-Purdue broadcast, about the Penn State fanbase’s opinion of Clifford:

“If you were a veteran quarterback in college football, it probably means that you were not good enough to leave.”

With an 11-11 record the previous two seasons, Klatt hit it right on the head that Clifford has not been good enough the past two years.

But Saturday is an opportunity for Clifford to change that narrative once and for all. Yes, he played through injuries last season, and 2020 was the COVID year.

Clifford needs a signature win to

In short, this is the biggest game of Clifford’s career to this point.

He’ll be going against a good SEC defense on the road in a hostile environment with millions of fans watching the game across the country. This is the chance for him to quiet those who have doubted him throughout the years and the fans who are drooling to see Drew Allar, who they see as the filet minion as opposed to Clifford being beef jerky.

As much as everybody wants to see Allar’s 6-foot-5, 240-pound frame, cannon arm and generational arm talent, Clifford is the man for Saturday. He  showed he could bounce back from adversity against Purdue, which earned postgame compliments from Klatt.

I seem to remember another quarterback a similar  situation last season. A fifth-year senior— one year younger than Clifford— from a Pennsylvania school going on the road in an SEC environment and having his breakthrough performance. His name was Kenny Pickett.

Pickett threw for 285 yards with two touchdowns passing and one on the ground in Pitt’s Week 2 over Tennessee. Pickett ended up winning ACC Player of the Year, became a first-team All-American, won the Johnny Unitas Golden Arm Award and finished third in the Heisman Trophy voting.

Oh, and the Pittsburgh Steelers took him in the first round of this April’s draft.

Clifford has that type of opportunity in front of him.

Although Auburn isn’t a Big Ten game, it’s a big one for Penn State.

If Clifford delivers a performance like Pickett did last year, his draft stock will rise, and he’ll go up on a lot of award watch lists. He’ll still have to come through when Penn State resumes conference play, but a big performance will do wonders for Clifford’s future.

Clifford has done a lot for Penn State and college athletics in general by helping with getting benefits for college athletes and having his own NIL company. He deserves a big win to help cement his legacy at the school.