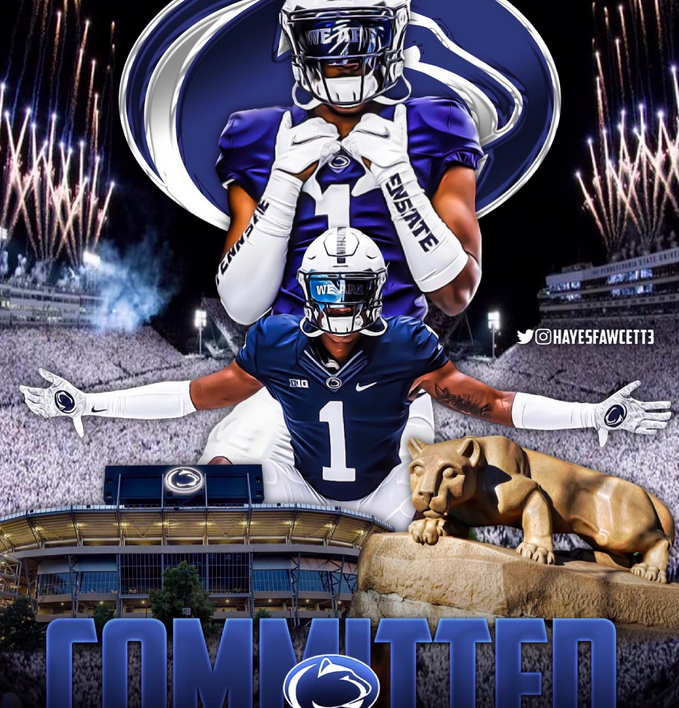 All 105 is a Nittany Sports Now series profiling each Penn State football player. This edition will look at true freshman linebacker Keon Wylie

Wylie made an impact in all three of his years as a letterman.

As a sophomore, he had 13 sacks, 20 tackles for loss and four forced fumbles.

The following season, in a pandemic-shortened campaign, Talley had 12 sacks, 15 tackles for loss and three forced fumbles. Talley’s performance as a senior— nine sacks, 19 tackles for loss— got him invited to the 2022 All-American Bowl. He finished his career at Imhotep with three all-state selections.

Rivals.Com had Talley as a four-star recruit, while 247Sports, On.3 and ESPN had him as a three-star.

Rivals had Wylie as the No. 10 player in Pennsylvania. He committed to Penn State— choosing it over Kentucky and Pitt, among other schools— the day before the Fourth of July in 2021.

Where he stands: Wylie played defensive end in high school but is honing his skills as an inside linebacker early in his college career.

Aside from Curtis Jacobs, Penn State doesn’t have a returning starter at linebacker, so the position needs depth. It remains to be seen if Wylie can provide adequate depth, but defensive coordinator and linebackers coach Manny Diaz is impressed so far.

“Keon Wylie is doing a nice job of after being a guy with his hand in the dirt, playing defensive end to standing and playing MIKE linebacker,” Diaz said at Penn State’s media day Aug. 6.

The MIKE linebacker job will likely go to either Tyler Elsdon or Kobe King, but don’t be surprised to see Wylie get plenty of playing time as a true freshman.

A quote about Wylie: Wylie isn’t as big a name as other Penn State Class of 2022 signees, such as five-star defensive end Dani Dennis-Sutton.

Nonetheless, Penn State associate head coach and defensive recruiting coordinator Terry Smith said on early signing day that Wylie “might be the best player (in Penn State’s class) on the defensive side.”

“He doesn’t say much,” Smith said, “but you look at the production of his film; this guy gets after it every snap. He plays relentless to the football, he comes here, and we put a couple pounds on him, get him a little bit stronger; I think the upside of this guy is tremendous. We’re just excited about what he brings to the table.”

1 Penn State is going to beat Central Michigan Saturday. So this won’t be a traditional “three keys to victory” article. As long as...

2s With all the hype surrounding offensive skill position freshmen Nicholas Singleton, Kaytron Allen and Drew Allar, everyone is underrating one aspect of Penn State’s...