That offer went out to Braeden Shrewsberry, who is a 6-foot-2, 170-pound guard that happens to be his son.

After a great meeting with Coach Shrews, I'm excited to receive an offer from Penn State University🦁🙏🏼 @PennStateMBB pic.twitter.com/G0PLBiYOxm

“I think I’m a really good shooter which makes it a lot easier for everything else,” Shrewsberry told Baumhoops.com in an interview. “I can handle the ball pretty well and I get our team into the offense. can play off-the-ball, too. I’m a good passer, which gets my teammates a lot of open looks when I get in the paint and the defense helps.”

Shrewsberry has made stops playing in Indianapolis, West Lafeyette, and now State College, due to his dad’s previous stops at Butler, Purdue, and now Penn State. 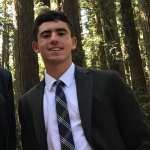 1 In what likely doesn’t come as a big surprise, an amendment proposed by a state representative that would have required Penn State to...

Penn State to Take on Clemson in ACC/Big Ten Challenge

0 Coach Micah Shrewsberry and Penn State will be on the road for this year’s ACC/Big Ten Basketball Challenge. The matchups for this conference...

1 After going undrafted in the 2022 NBA Draft, former Penn State basketball standout Izaiah Brockington has signed an Exhibit 10 deal with the...