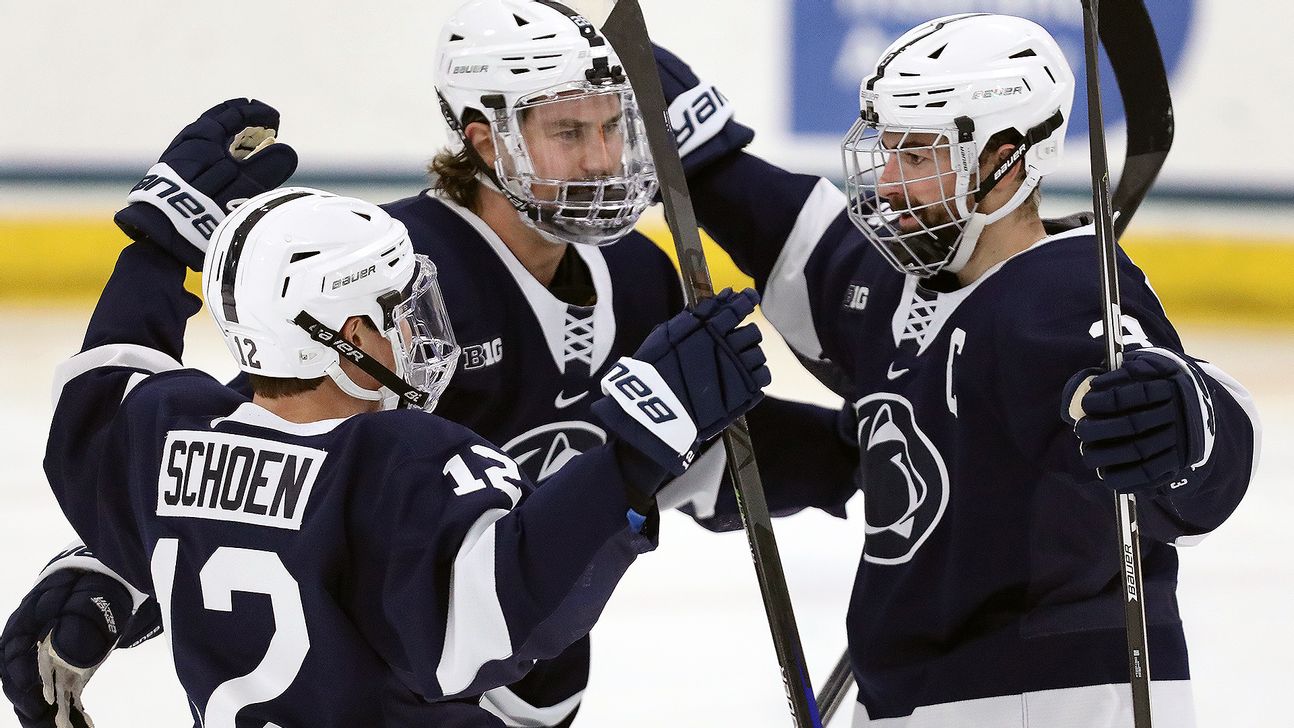 Ohio State scored three goals in a frenetic first period and held off a late charge from Penn State beat to get a split in the two-game series, winning by the score of 4-3 on Saturday night at the Pegula Ice Arena.

Penn State (14-3) struck first when Kevin Wall scored on a shorthanded goal. The goal was assisted by Ben Schoen and Jarod Crespo. Ohio State quickly answered with a goal by Buckeye leading scorer Jake Wise and took the lead on a tally by forward Jaedon Leslie.

Penn State answered with a goal by Penn State Danny Dzhaniyev, assisted by Jimmy Dowd, Jr. and Ryan Kirwan to tie the score at two. Ohio State then responded in kind with a goal by Tate Singleton, assisted by Mason Lohrei and Cole McWard to take a 3-2 lead which finished off the scoring in a hectic first period.

Ohio State (10-7-1) struck early in the second period when Joe Dunlap blasted home a slapshot. Assists went to Patrick Guzzo and McWard. The game seemed to slow down in the second period after a fast-paced first period with the officials letting the teams play after six penalties were called in the opening period.

Through two periods, Penn State outshot Ohio State 29-19 and won the faceoff battle 36-25. However, Penn state failed to protect goaltender Liam Souliere on all of its goals.

Penn State killed a penalty that overlapped the second and third periods and cut the deficit down to one when Ture Linden scored off a rebound given up by Jakub Dobes midway through the third period. Penn State had their chances in the third period, but Ohio State held strong and did not break and allow the tying goal. Penn State had a late power play opportunity when Messina got a penalty for roughing with just over a minute remaining in the game, but Penn State ran out of time.

Penn State will go on the road to face Notre Dame next weekend, while Ohio State will play a home and home with Bowling Green on Dec. 16-17.