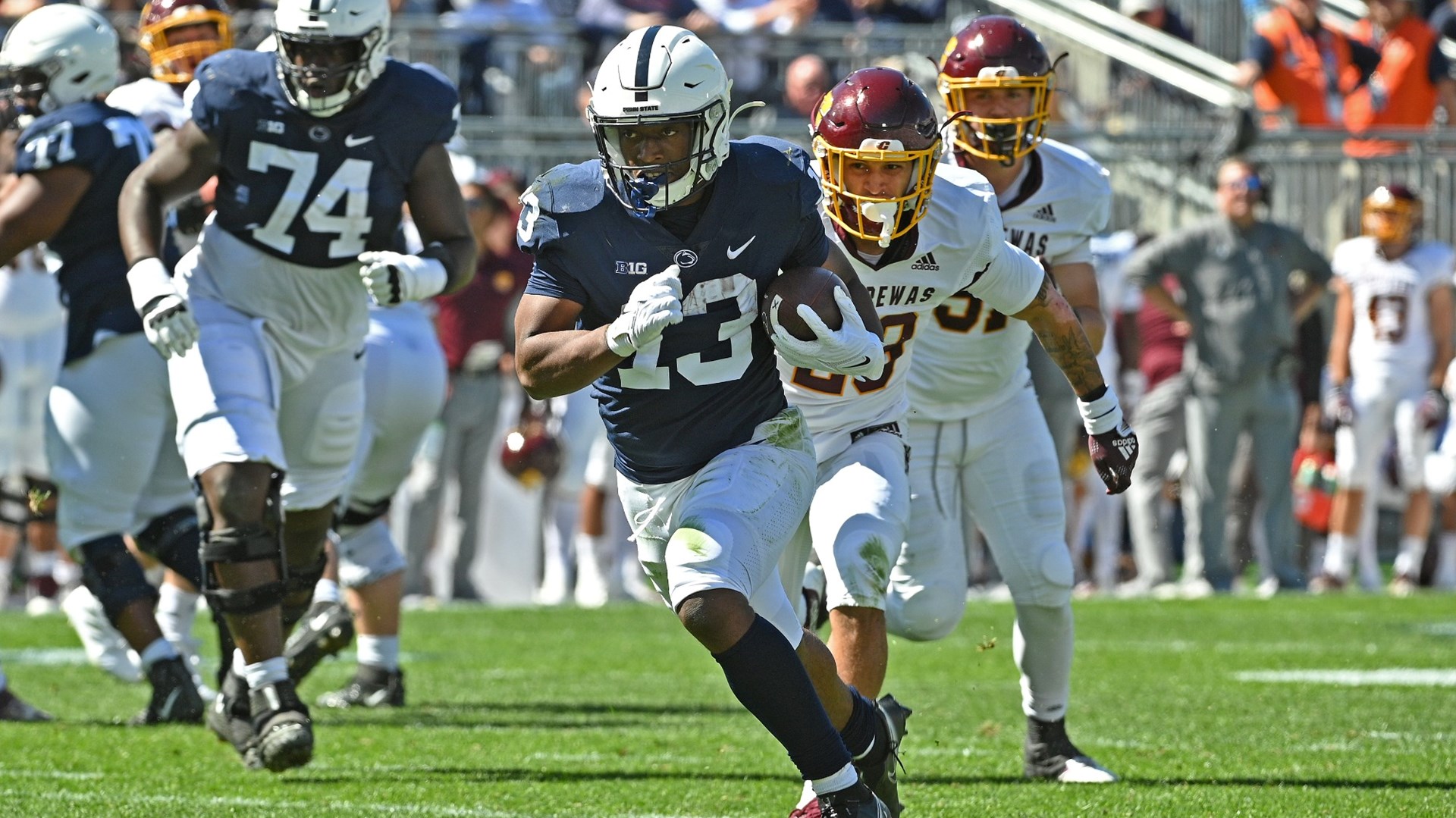 Kaytron Allen is a freshman.

The “MAN” and “freshman” might have to be in capital letters.

The first-year player from the famous IMG Academy in Florida has led Penn State’s offense today with 74 yards and two touchdowns on 14 carries.

The first run— set up by Allen gaining 27 yards on a sweep that was ruled a pass— was from 11 yards out.

The second one was a 6-yarder that capped an 8-play drive, where Allen ran the ball five times for 34 yards.

Here are both runs.

He goes by Fatman, and he's a talented freshman RB.@kaytron_allen puts No. 15 @PennStateFball back on top in Bloomington. pic.twitter.com/lzLGLgYgOd

Kaytron's one of those freshman who makes you go, "High school kids were trying to tackle him last year?!" 😱@kaytron_allen x @PennStateFball pic.twitter.com/NmA1WUhZD7